How to be a Good Horse Show Mom & Dad 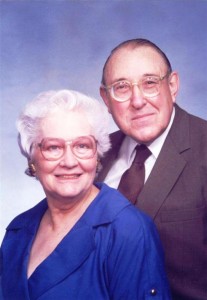 The horse-show season is in full swing, and many parents are struggling with how to be helpful to their children involved in competitive sport during their formative years.  Having had a great deal of assistance from my parents and eventually reaching the pinnacle of my ambitions as a junior rider, I believe I have some insight on the do’s and don’ts of parental involvement.  First, my parents always made it clear to me that they were my support system, so that I could have the best chance of reaching the goals I had set for myself.  I saw other parents having ambitions for their children that were unrealistic, including expecting children that did not show an extraordinary ability or work ethic to have ambitions to reach the top of the sport.  Lots of kids just want to ride and show for the sake of being with their horses and enjoying the exciting atmosphere of the show ring.  They enjoy giving their horse a bath more than working thirty minutes each day without stirrups—i.e., their enjoyment comes from love of the animal, rather than competitive ambition.  As a parent, you have to size up the abilities and interests of your child and not expect him or her to have ambition just because you do.  It is the rare child that has a consistent competitive hunger, and even rarer is the child that has both the drive and ability to win.  A person’s physical build, mental acuity, coordination, and ability to “get along with a horse” all come into play.

The goal as a parent should be to see where your child fits in the whole scheme of things and dedicate yourself to the best interests of the child.  This includes being honest with yourself about the resources you can provide.  Buying a horse, tack, and riding clothes; paying for board, shoeing, and vet bills; and paying for lessons and horse shows can be a great expense that drains the family budget.  In my case, my mother was a stay-at-home mom of three, and my father a self-made man, who owned an engineering firm.  When he could see the cost of riding activities climbing as I reached the last few years of my junior career, he learned several languages so that he could work worldwide to afford the horse activities without jeopardizing the overall financial picture for our family.  I was fully dedicated to the sport, so he stepped up in an extraordinary way to help me.  At the same time, a friend of mine had an enthusiastic father who went greatly into debt and probably ended up in bankruptcy.  His emotions outweighed his common sense and, in the end, the entire family paid for it.  Making sure you are reasonable about finances is one of the best ways you can support a competitive child.  As a junior, I braided my horse’s mane and tail, even for the largest indoor shows.  Until I reached age 18, my family usually took the horse in our trailer, rather than paying a shipper; and I did the grooming, bathing, etc.   Doing these things helps a person become an all-around competent horseman and can defray a lot of expenses.  With both parent and child working together to make ends meet to accomplish a goal, a lasting bond can be formed.

Finally, support your children by supporting their coaches.  My parents put me with the best coaches available in the area, then encouraged me to listen to and respect them.  When things went wrong, for instance, my mother might say, “I’m sure if you keep trying to do what he’s saying, things will get better.”  She never took the stance that the coach was wrong and shouldn’t be picking on her little darling.  Parents who are always mad at somebody—the coach, the judge, other riders, etc.—are not helping, but instead are raising the child to be full of excuses.  One of the most important avenues to achieving success is having a realistic view of where you stand in relation to your competition.  If the child is convinced that “the coach is crazy,” “the judge robbed me,” and “I really should have gotten a ribbon instead of her,” there is little incentive for improvement.  One of the best ways to learn is to observe other people who are great in the sport and see what they are doing that makes them better than you.  First, you have to realize that they are better than you!

My parents helped in every way:

My parents, A.O. and Ida White, passed away many years ago.  I still think about all they did for me and remember them with the greatest love and respect.  It isn’t because they spent a lot of money on me, but because they helped me do what I was trying so hard to do.  That is what your child really wants.